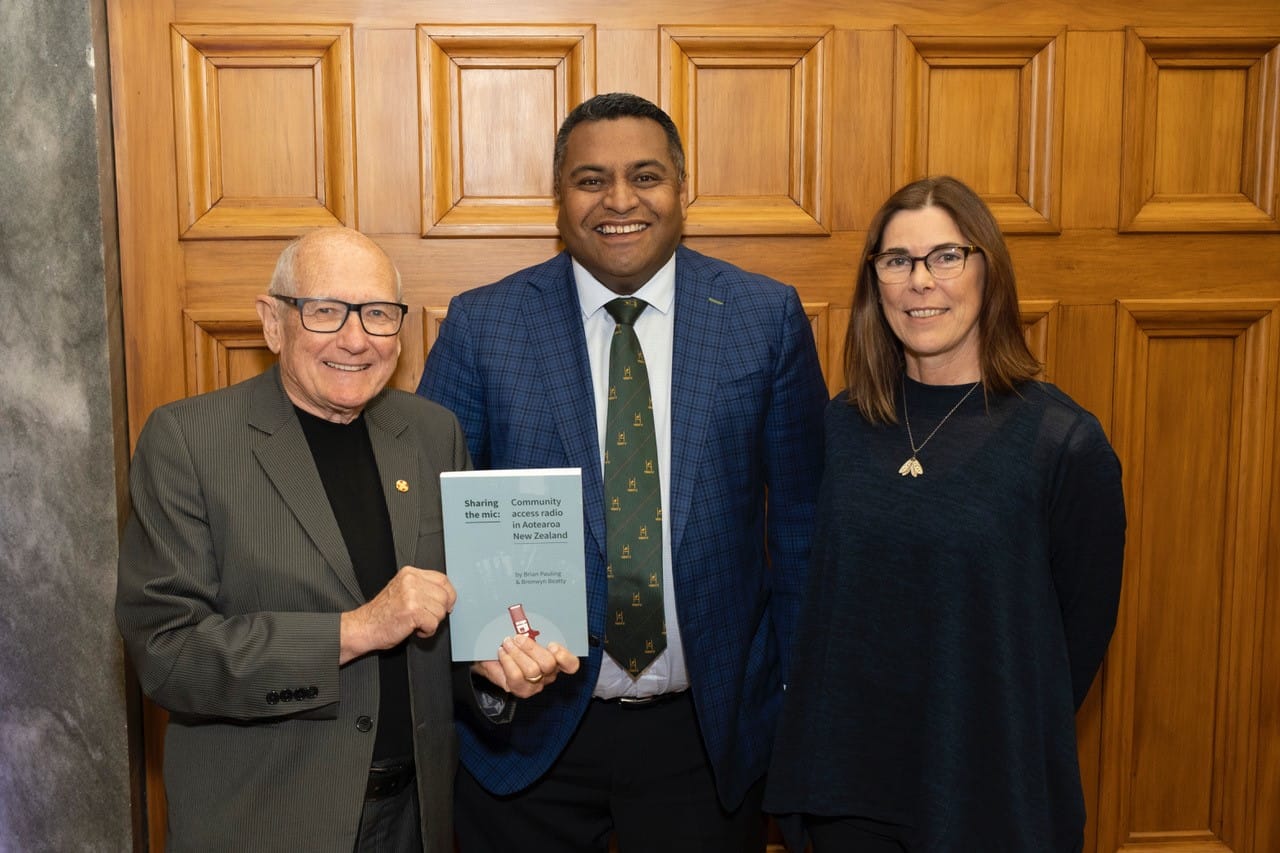 Access media throughout Aotearoa are celebrating a milestone – turning 40 and launching a book about their history.

The grassroots network of 12 NZ On Air-funded community access radio stations has evolved over 40 years into an alliance of broadcasters that transmit daily in more than 49 languages, and publish a massively diverse array of podcasts online accessible to all.

Known now as CAMA – Community Access Media Alliance – the network brings together communities, allowing volunteers to create their own radio shows and podcasts ‘by, for and about’ their diverse communities.

Whether your interest is Buddhism or feminism, mental health issues or niche music tastes, or maintaining your culture through your heritage language – there is a programme for that on Access Media.

Celebrating the 40 year milestone warranted a book. Sharing the mic – the history of community access radio in Aotearoa New Zealand was launched tonight in the Grand Hall at Parliament at an event hosted by Minister of Broadcasting and Media Hon. Kris Faafoi.

Researched and co-written by Brian Pauling and Bronwyn Beatty of the NZ Broadcasting School/Ara in Christchurch the book travels the country, chronicling the people and stories that have shaped community access media.

CAMA Chair Jo Holsted says, “To those of us who live and breathe it, access radio has always felt both hugely important and almost entirely improbable in the media landscape. It’s a bold, radical, and deeply democratic concept.”

Authors Brian Pauling and Bronwyn Beatty credit the foresight of the 1988 Broadcasting Minister Hon. Jonathan Hunt, and NZ On Air for recognising the value of access radio. “The model is unique to New Zealand and for forty years has proved its value as an effective and efficient provider of services to its target communities. Long may it continue.”

Funded since 1991 through NZ On Air, access radio allows many diverse communities to come together and share their lives, cultures and stories the way they want.

NZ On Air Chair Dr Ruth Harley says the investment in access media is as important today as it was in 1991, if not more important. “Access radio keeps heritage languages alive and communities connected in a way no other media can. We are very grateful to Dr Pauling and Dr Beatty for their efforts to capture the essence of this in their book.”

*The book is available for purchase via the Freerange Press website and local bookstores.
* Image is of Dr Brian Pauling, Min. Faafoi and Dr Bronwyn Beatty