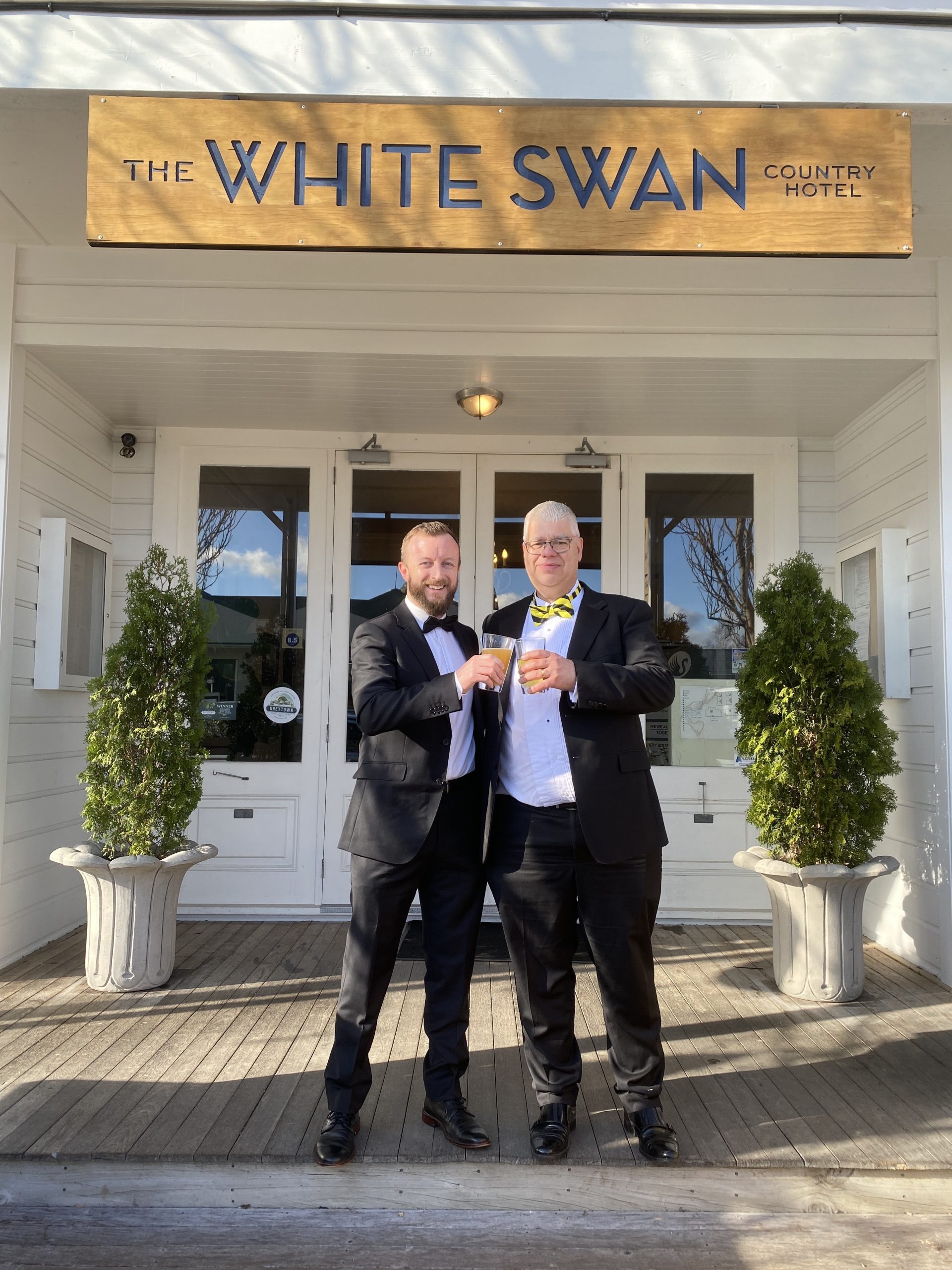 Rossiter-Stead interviewed McAnulty for 26 hours and 30 minutes, smashing the Guinness World Records for both the longest radio interview and the longest television interview in a question time.

The interview was broadcast live on Arrow FM and Wairarapa TV.

Guinness World Records are now in the throes of reviewing the attempt, and once verified, certificates will be awarded.

“We were the only radio station able to clear our schedule for such a sustained broadcast. This involved a number of regular programme-makers agreeing to put off their shows for that week, and we are grateful for their flexibility.”

Wilson says the achievement couldn’t have been possible without Wairarapa Television, as well as the two leading the charge – Rossiter-Stead, and McAnulty – a staunch supporter of the station for a number of years.

“The pair could turn the most apparently trivial filibustering stories about egg sandwiches and Morris-dancing into examinations of rural hardship, mental health, and the dedication of volunteers.

“These two kept us laughing and thinking for the full 26 and a half hours, and it was so good it kept me up for most of the night.”

The previous record for a radio interview of 25 hours and 26 minutes was set by a Nepalese duo in November 2021.

The previous television interview record of 26 hours and 4 minutes was set by New Zealanders Tom Conroy and Tim Shadbolt in 2012.

Arrow FM is one of 12 access media radio stations across Aotearoa. The Community Access Media Alliance is its representative body.